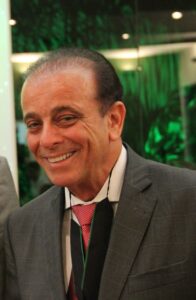 Professor W.P.Tadei was the principal investigator (pesquisador titular) at the National Institute of Amazonian Research (INPA, Manaus (AM), Brazil), where he was the Head of the Malaria and Dengue Laboratory for the last four decades.

He obtained his degree in Natural History in 1971 from the Faculty of Philosophy, Sciences, and Letters of São José do Rio Preto (SP, Brazil), his Master’s degree in Biological Sciences in 1974 from the University of São Paulo (USP, Brazil). In 1977 he successfully defended his PhD thesis in Biological Sciences “Chromosomal, reproductive isolation and state-of-being-adapted study of experimental populations of Drosophila prosaltans and Drosophila saltans” at the USP. Since 1979, he moved to Manaus (AM), where continued his research as a post-doc (1979-1981) and became responsible for the Laboratory of Malaria and Dengue in 1981.

Professor W.P.Tadei actively participated in various national, inter-institutional, and international research projects, organized numerous professional and outreach courses, schools, seminars, and symposiums; he also worked at Post-Graduate Programs at the INPA (Entomology and Genetics) and at the University of the State of Amazonas (UEA), Federal University of Amazonas (UFAM) and Bionorte (Biotechnology). He made a fundamental contribution to the knowledge on malaria and Dengue fever in the Brazilian Amazon region.

Since the previous FP7-IRSES-VAIKUTUS project (2012 – 2016), the Consortium members closely collaborated with Professor W.P.Tadei on the development and investigation of novel insecticides, biologically active compounds and formulations based on inorganic-bioorganic nanocomposites both for the mosquito vector control and treatment of malaria.

We knew Professor Tadei as a very nice and attentive person, admirable professor and “scientific father” of his students and co-workers, excellent partner, and fair and correct manager. His fascinating smile, subtle humour and charm will remain with us forever!